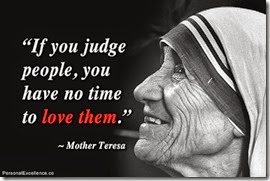 The gospels reveal that it was impossible for people to encounter Jesus and remain indifferent toward him. This passage shows that some people interpreted his influence and power as arising from demonic sources. Jesus exposed the irrationality of their accusation and invited them to join him in gathering the kingdom harvest.

When those who opposed Jesus’ ministry could not discredit him through rational and fair means, they switched their tactics to slander and irrational ideas. They declared that his power came from “demons by Beelzebul.” They attributed his power not to God but to the devil. Jesus countered their attempts by presenting two logical arguments.

First, he struck them a shrewd blow. There already existed in Jesus’ time many exorcists in Palestine, who were closely connected to the individuals who were questioning Jesus’ practice of driving out demons. So basically, he says, “If I cast out devils because you believe I am league with the prince of devils, what about your own people who do the same.” If they are condemning Jesus then they are in turn condemning their own people.

Second, he used a logical argument. Would it make sense for the prince of devils to work against himself by driving out demons, “If Satan also is divided against himself, how will his kingdom stand?” (v. 18) If a kingdom works against itself it will not last long, an irrational argument.

It is not uncommon for people who come to resent or object to something to resort to slander and rumors to paint the other person in a bad light. Evidence of this in our world is quite apparent each day. By simply examining social media, we can see people with strong opinions posting online non-existent facts or half-truths to discredit someone they disagree. They attack the person’s character, their spouse, their children, and perceived wrongs or lacks of judgment. They want to deflect attention from the work or efforts the person is making in the world by attacking them in ways to make them look bad. This same behavior existed during Jesus’ time, except today we can take our attacks world-wide in a manner of hours.

This type of behavior only creates hard feelings and makes it increasingly more difficult for people to work together to make this world a better place and serve the common good of all. As Jesus said a kingdom divided against itself cannot stand. This is true of a church, a community, a local government, a state, or a nation. To help achieve the kingdom of God in our midst, we have to embrace an attitude of cooperation, an attitude that allows us to have honest and constructive conversations even with people we have disagreements.

“But if it is by the finger of God that I cast out the demons, then the kingdom of God has come to you.” (Luke 11:20) We may not be casting out demons, like Jesus did in this day, but we do in our own ways cast out demons or evil each day in our world in which we live. When we work and endeavor to work together with others to advance the common good of all in our society, then we are working to cast our evil and the bad in our world. As we work together with others in a common goal and purpose to improve our communities and church we suddenly discover we are in the middle of the kingdom of God.

The entrance into Jerusalem [on Palm Sunday] has all the elements of the theatre of the absurd: the poor king; truth comes riding on a donkey; symbolic actions - even parading without a permit! Also, when Jesus "set his face to go to Jerusalem," what was involved was direct action, an open confrontation and public demonstration of the incompatibility of evil with the Kingdom of God. - David Kirk, Quotations from Chairman Jesus